The College of Design is saddened by the loss of Marvin Malecha, who served as dean from 1994-2015. After a long wait for a new heart, and a successful transplant, he passed away on May 4, 2020. In his 21 years at the college, he shaped not only the campus surrounding him, but also the way students approached the concept of design.

“His biggest impact was a physical impact. He managed and cultivated the environment around him which was the campus” said Chandra Cox, former head of the Department of Art and Design. “He held workshops with James Hunt during the planning stages of the library and influenced its contemporary design. Even if he was not the designated architect, his impact was still present through other people.”

Malecha truly transformed the college, creating a Ph.D. in design program in 2000, a Master of Art and Design in 2002, and an undergraduate major in design studies in 2010. He also shaped the surrounding campus, serving as an advisor on the Hunt Library project and designing the chancellor’s residence, known as The Point.

“This is truly a momentous loss” said Dean Mark Hoversten. “Marvin truly embodied what it meant to be a designer. His commitment to creative thinking and the cultural and aesthetic value of design have permeated this college, and shaped the values of the students who walk these halls.”

His experience extended past the classroom and into the profession. He taught students a course on design thinking which influenced a generation of designers. His entire career has been a balance between education and practice. He served as the national president of the American Institute of Architects. He shaped NC State as well, redesigning the chancellor’s ceremonial lavalier and the university mace.

“Marvin went about forming a community of intellectual integrity, which extended and refined the legacy of the original School of Design over a 20-year process” said Haig Khachatoorian, professor emeritus of industrial design. “He helped change the name to college to stand on equal footing with the university’s other units, and stretched the muscles of an institution that began in 1948 and has grown into what it is today.”

Before he considered becoming an architect, he studied physics at St. Thomas College in St. Paul, Minnesota. But his interest in architecture came from a few different sources, including his father, who had always wanted to be an architect, and a nun at the nearby sister college. This nun loved architectural history and, while comparing the study of music with the study of architecture, introduced Malecha to the work of Ralph Rapson. Malecha’s enthusiasm was piqued, and he began to look into studying architecture at the University of Minnesota. It was fate, as the head of the program at the time was none other than Ralph Rapson. This influenced his perception that architects, through their work, were representing society for all time. He continued his education by completing his Bachelor of Architecture at the University of Minnesota and a Master of Architecture at Harvard University.

Once becoming an architect, he gained experience at Hugh Stubbins and Associates in Cambridge, Massachusetts, and continued work on his own and in association with offices in Minneapolis, Los Angeles, and the Raleigh-Durham area. Then, he served as Dean for the College of Environmental Design at California State Polytechnic University, Pomona from 1982-1994 before becoming Dean of the College of Design at NC State University from 1994-2015. From there, he served as the President and Chief Academic Officer at NewSchool of Architecture & Design in San Diego until his death.

Malecha also transformed the way that the college connected with alumni, encouraging them to join forces with the college and lay the foundation for a culture of giving that helped grow the capital campaign, adjunct faculty positions, scholarships for students and alumni mentoring programs. “These were areas of high need, and Marvin invested the time and energy required to make these programs successful” added Charles A. Flink, a member of the Leaders Council and president of Greenways, Inc.

Malecha was also a philanthropist, establishing an endowment with his wife called The Marvin and Cindy Malecha Dream Scholarship Fund, which assists students to attend NC State’s Design Camp and therefore be exposed to design at a younger age. It provides at least two need-based scholarships per year. To date, nine students have received the scholarship. If you would like to contribute to Malecha’s legacy at the college, please consider a donation to the Dream Scholarship Fund.

If you would like to add remembrances of Marvin, please feel free to read his obituary and share them here: https://www.dignitymemorial.com/obituaries/san-diego-ca/marvin-malecha-9171266. 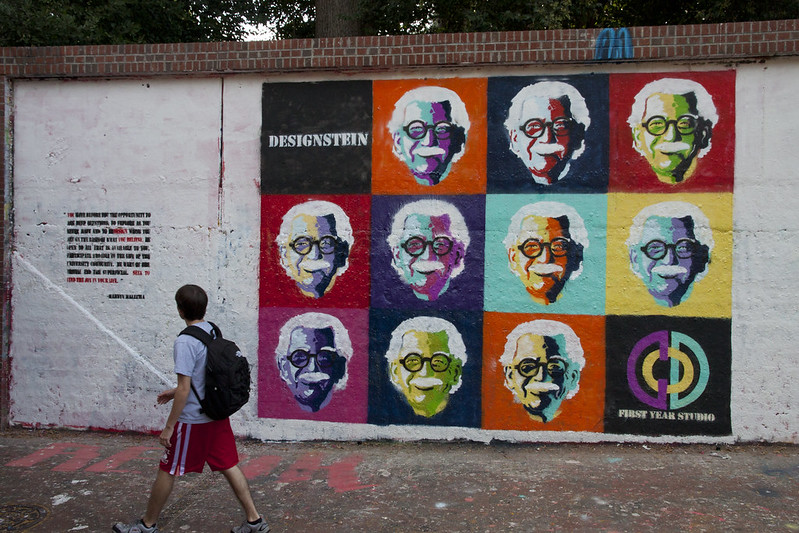 Malecha was also a published author, and his most recent book, Being Creative: Being a Creative (Kendall Hunt Publishing, 2015), published in June 2015. In addition, his authorship includes The Learning Organization and the Evolution of Practice Academy Concepts; Reconfiguration: In the Study and Practice of Design and Architecture; Foundations; The Fabric of Architecture: Images of People and Architecture; The Total Energy House; Learning About Architecture; Essays on Architecture; The Design Studio; The Study of Design, Form and Performance; Angels in the Architecture; Design in Life; The Nests of Pegasus; and an article, “Architectural Education,” published in EKISTICS. In 2006 he was invited to author a major article for the 30th Anniversary Publication of the European Association for Architectural Education on the subject of Professional Education. He co-authored, with Robert Greenstreet, The Junior Faculty Handbook on Tenure and Promotion and the New Administrators Handbook.