Over winter break, I got the chance to check out an exhibit of Japanese military prints at UNC’s Ackland Art Museum (Flash of Light, Fog of War). The prints were a wonderful juxtaposition of modern (at the time) military technologies and a centuries-old printmaking technique. The Ackland has over 240 of these prints in its collection, so the exhibit was huge and encompassed a lot of different military subjects.

The compositions are really dynamic, with explosions and searchlights illuminating night scenes or soldiers battling against snow storms and natural elements on the battlefield. Artists and printmakers created amazing compositions that captured the First Sino-Japanese War and the Russo-Japanese War at the turn of the 20th century. I was really interested in the artistic liberties these artists took. They were creating prints while the war was going on, so in a way they were documenting the conflict, yet they had a lot of power to re-imagine reality and took some definite liberties in their compositions. There was one print that suggested that the Chinese had trained tigers to fight the Japanese soldiers (didn’t happen) and others that changed the time of day, season, or extent of battles for the sake of interesting prints.

I also learned some really fantastic words, including bokashi (ぼかし), which means blur or a faded gradient, which a lot of these prints used for backgrounds.

Anyway…here are some of the photos I took at the exhibit. You can also check out more on the Ackland’s website. 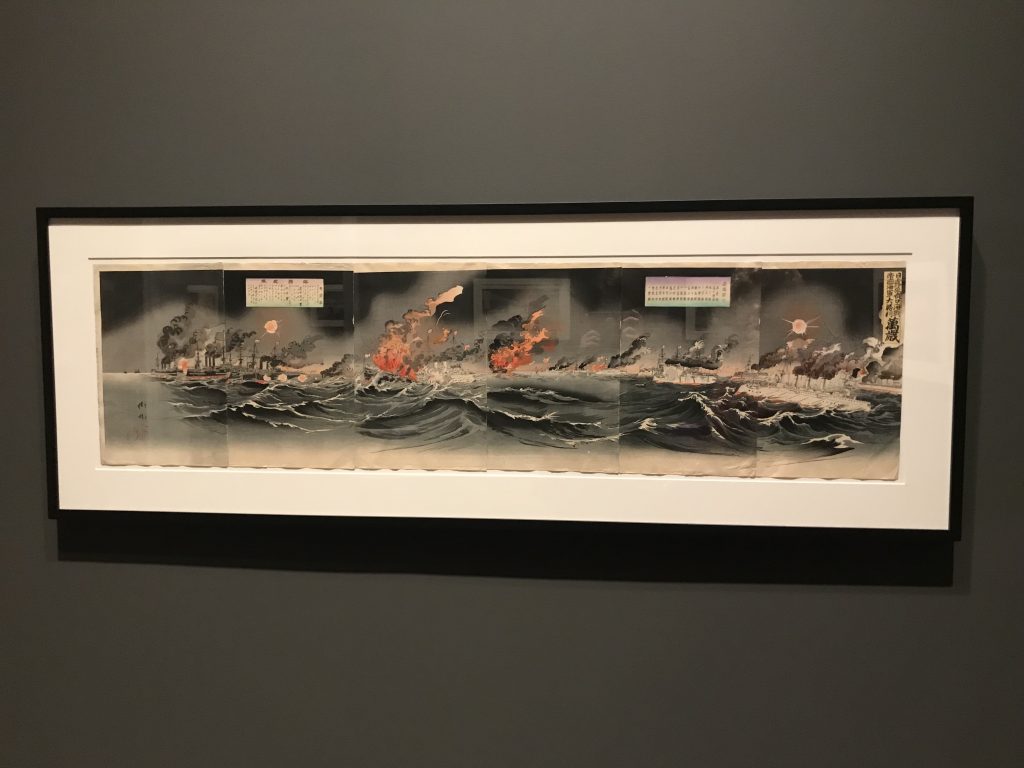 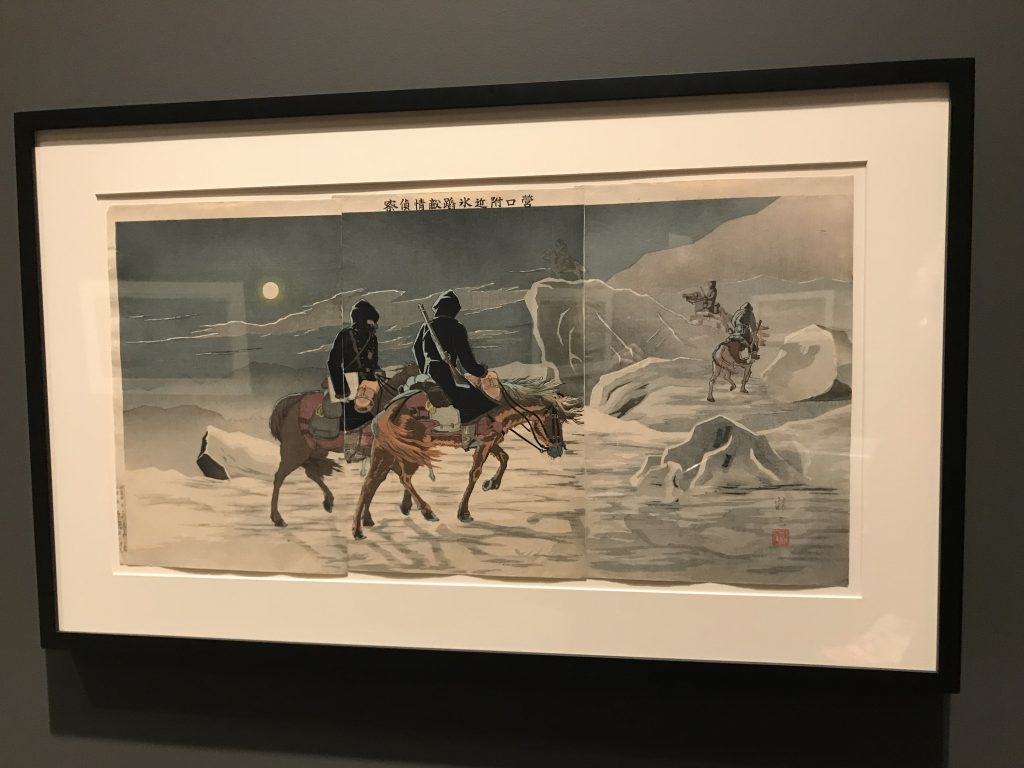 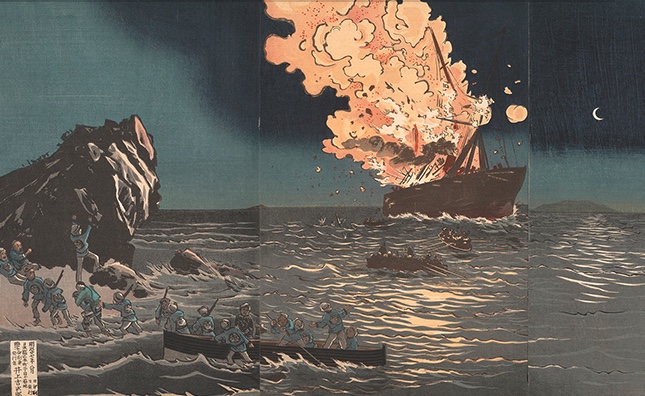 PS!! The Ackland has a kind of a cool story…Originally William Hayes Ackland had left money to fund a museum at Duke, with the stipulation that Mr. Ackland be buried in the museum named after him and that the money be managed by trustees in Washington, D.C. Duke declined and it started nine years of litigation that resulted in UNC getting the money…and Mr. Ackland’s remains…