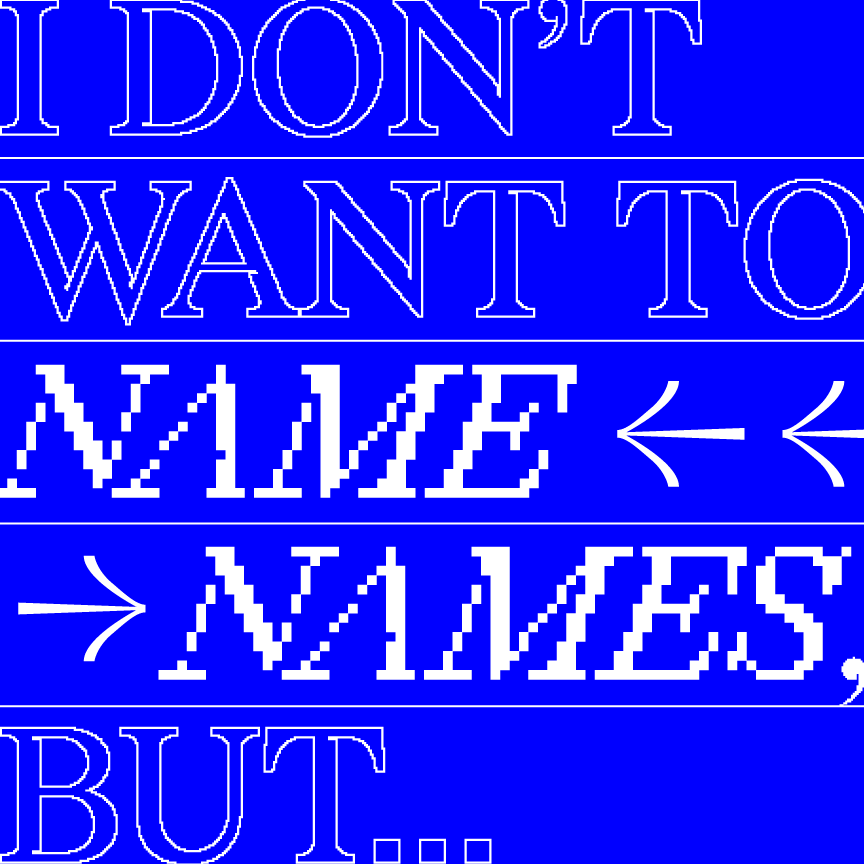 Earlier in the semester, I was talking to a few peers about the role of designers in society. We were mulling over why designers are largely invisible to the public, even though our work might not be. We don’t sign our name to our work like artists do and it’s been ingrained in us to not want to sign our work. Why is it part of design culture to purposefully separate ourselves from our work?

Since my first year of design school, professors would always say, “It’s a critique of your work— not a critique of you.” Logically, we might detach ourselves from a piece to receive impartial critique, but bits of yourself are still in that design. There’s no such thing as creating a truly neutral design— your creation will always have an imprint of yourself and your experiences. Even more puzzling from my professors’ statement, why don’t we critique ourselves? Perhaps the lack of critique designers place on themselves can explain the huge disparity of diversity and inclusivity within the design field, especially in relation to women and people of color.

It’s quite a paradox if designers see themselves as design servants, invisible to the public, that create meaningful work for the betterment of society but don’t actively work towards an inclusive and equal design community. I was reading Type Choice, Political Choice where the author was discussing if Erhard Kaiser, an open supporter of LEGIDA (an anti-Islamic organization), should be employed by the Dutch Type Library (DTL) to create a typeface instead of a long list of other talented and non-problematic type designers. Another paradox came up from the public discussion between designers and the DTL: Design leaders, who shamelessly call out poor font choice and colors in logos, were asking for the debate to be held in a private setting. Leaving tough topics to be discussed behind closed doors is another form of namelessness, and one that implies a lack of public responsibility for a job that creates such public work.

Designers are quick to announce cosmetic blemishes, but what we really need is to have honest, public discussions about the soul of the design community. Perhaps the reluctance to attach ourselves to our work is continuing to create a design community where outwardly, we want to appear enlightened and inclusive by allowing open critique of our work, but inwardly, we won’t allow for critique of ourselves because we don’t want to take responsibility for the culture we’ve created.