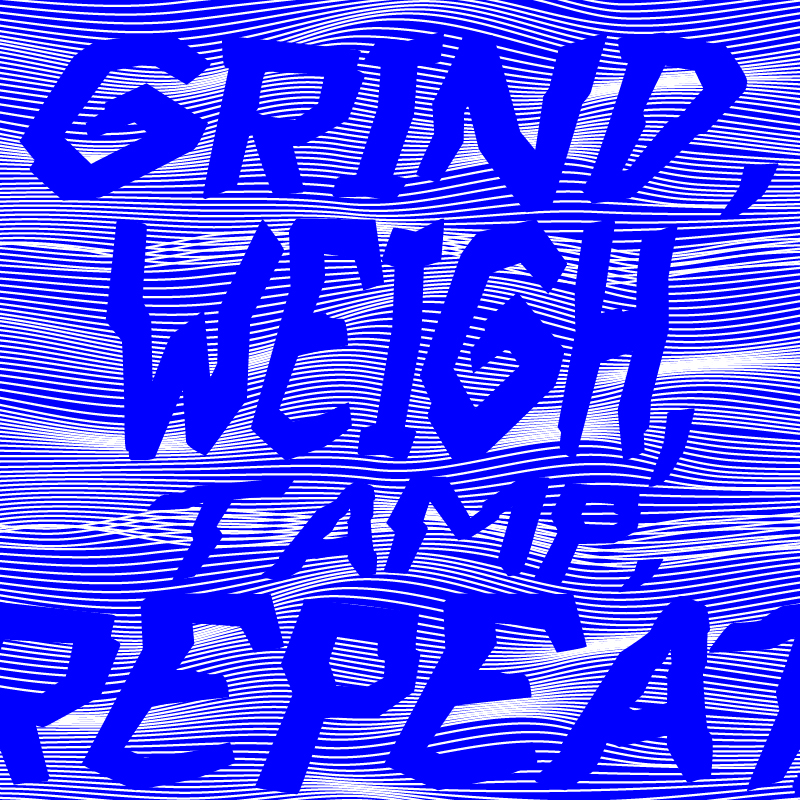 After I finished my BFA, I didn’t want to leave my college town. I decided to put off moving back home for another year. I was (and still am) lacking any meaningful amount of money, so I rented a room in the basement of a cooperative house. The rent was dirt cheap, the air was damp, and I had 12 roommates.

I met a local barista through a friend of a friend. She worked at the quaint (but rough around the edges) coffee shop down the street. My freelance design efforts were not yielding enough nearly enough cash to sustain my existence. I had recently quit my dishwashing job after only a couple of weeks because the chef yelled at me for not working fast enough. Sometimes I’m too sensitive to take that kind of pressure. Anyway, this coffee shop was the type of place where every local artsy young adult wanted to work, so to have a real chance at being hired you had to know someone who had the ear of the owner. My new friend recommended me for the job despite my lack of barista experience, and I was hired.

I ended up working there for almost two years. I learned how to use a manual espresso machine, pull shots, steam milk, make pour-overs, tea, smoothies, milkshakes, and sandwiches. The cafe was a community spot. We had many regulars all across the spectrum of strangeness (notably a furry named Hyena who would drink at least 5 cups of coffee a day while working on his rock opera). I felt like part of a team; The baristas were close-knit and had a sense of comradery. The work could be hard. During certain holidays, like parent’s weekend, we could get absolutely slammed and have a line out the door. Once Obama stopped by for a tea he didn’t even drink. I closed the shop hundreds of times, which involved cleaning the same dozens of objects and surfaces over and over again. It was a truly repetitive job.

I eventually moved away from Urbana, Illinois, and took a two-year hiatus from Barista work. Now that I’m back in school, to my surprise, I have reprised my role as barista once again. I’m now working at a very similar small Café here in Raleigh, and I am using all the old muscle memory that I gained back in Illinois. Working as a barista has shown me the important role of repetition in practice. When you repeat the same actions over and over again, thousands of times, those actions can become stunningly automatic. Like driving a car, I sometimes go into a focused trance while working at the espresso bar. This makes time goes by much faster. I guess you could call that “the zone”. During one of my recent shifts, I pulled so many shots of espresso and did so much latte art, that I almost felt myself “level up” in my barista ability. It seems like the wrinkle in my brain that is responsible for grinding, weigh, tamping, steaming, and pouring gets deeper every shift.

I’ve heard that in order to be called an expert in a craft, you must spend 10,000 hours practicing. I’m not sure if that’s accurate, but I think that practice truly does make perfect. But can perfection actually be reached through practice? Can one style of practice take you to an expert level faster than any other way? How do you find the most effective way to practice a particular skill? Can you practice without actually performing the task? Can you practice just by thinking, or must practice be embodied? Is there a limit to how good you can get at something?

I’ll keep being a barista for now, and use my hard-won muscle memory to pay rent. I don’t plan on doing this forever, but these experiences have proven to me in a very tangible way that when you practice a craft many times, you will get good at it. Following that logic, if you practice something the wrong way enough times, you will get very good at doing it the wrong way. I hope that, in the future, I will have the time to get good at many new things.

Just remember to grind and repeat.