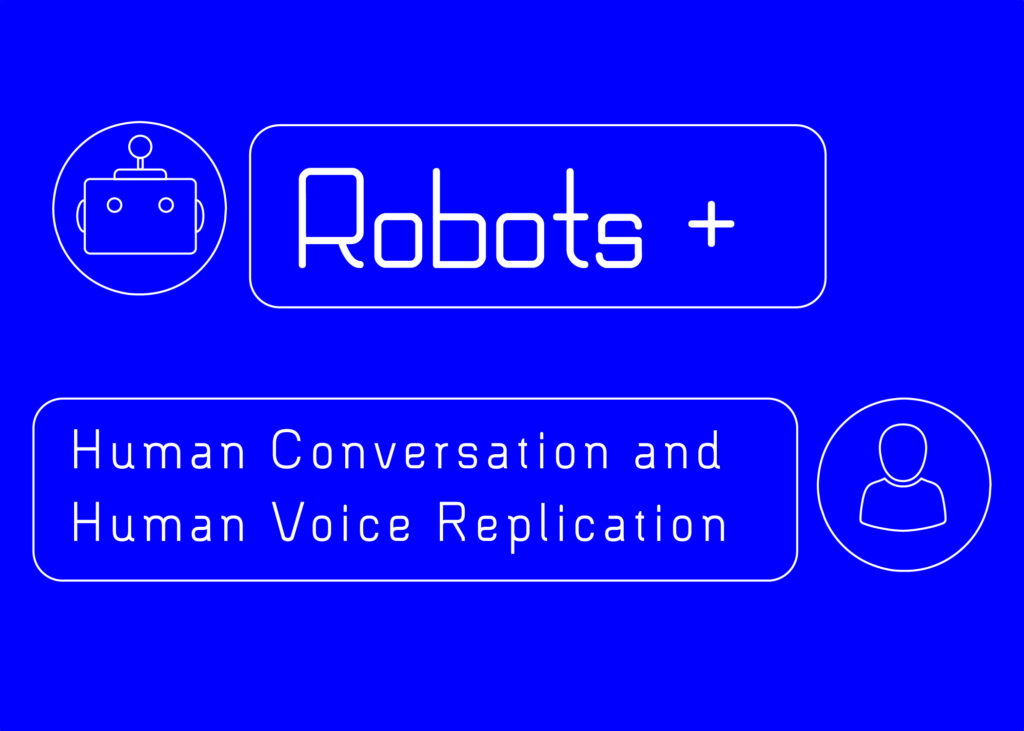 What kinds of conversations should we have with robots?

Sherry Turkle’s book “Reclaiming Conversations” looks into how machines are replacing human roles and functions and the consequences of this. Turkle explains how we as humans forget about authentic conversation when talking with robots because they are programmed to seem like they understand us. Additionally, humans feel less inhibited when talking to a robot since the possibility of being judged is removed. This leads to situations such as a child venting her true feelings to Siri instead of venting to a person. The cases and studies Turkle references show people of all ages turning to machines when human interaction has failed or disappointed them. I agree that these conversations where people relate to a machine as if it were another human can be damaging. They are full of unquestioned consequences and need to be taken seriously. However, this brings up the question, what conversations should we have with machines?

Aside from the business-like conversations we have every day where we ask a machine for data and get a response, there are opportunities for positive outcomes from human-machine conversation. Anne Scherer’s TEDxZurich talk “What conversations with machines can teach us about our conversations with humans” discusses how social rules constantly change as we, as social creatures, strive for social self-presentation and approval. One example Schere gives is evaluating the mental health of soldiers who came home from war. Few soldiers reported having any health issues when speaking to a human doctor. However, when a digital doctor was presented, many more soldiers began to report mental health issues and were able to get treatment and support for it. In this example, it is positive that people feel less worried about social judgment when speaking with a machine. It is still essential to seriously consider how people interact with and are affected by machines. However, within this consideration, it is also important to think about what kind of human-machine conversations might be beneficial.

What are the implications of a machine being able to replicate a person’s voice?

The article “Amazon Has A New Voice: Your Dead Relative’s” introduces a possible new feature of Alexa: replicating the voices of people from select audio recordings. Although this might offer comfort, this technology could also lead to more negative situations, such as fake audio leading to public manipulation and criminals impersonating individuals. Not to mention the issues of consent and ownership: would someone who has passed be ok with their voice being replicated?

There are plenty of negative implications for AI voice replication. However, there are also positive possibilities. For example, this technology can allow people with neurodegenerative diseases, which cause the loss of physical speech, to regain their voice. Unfortunately, this technology needs specific voice recordings. This means patients that have already started losing their voice will only be able to get recordings of their current voice, not the voice they had before the disease began to progress. However, it brings to question, what if the voice replication software could use available audio recordings such as audio from a birthday video or a social media post? This would bring an even longer list of both positive and negative implications.