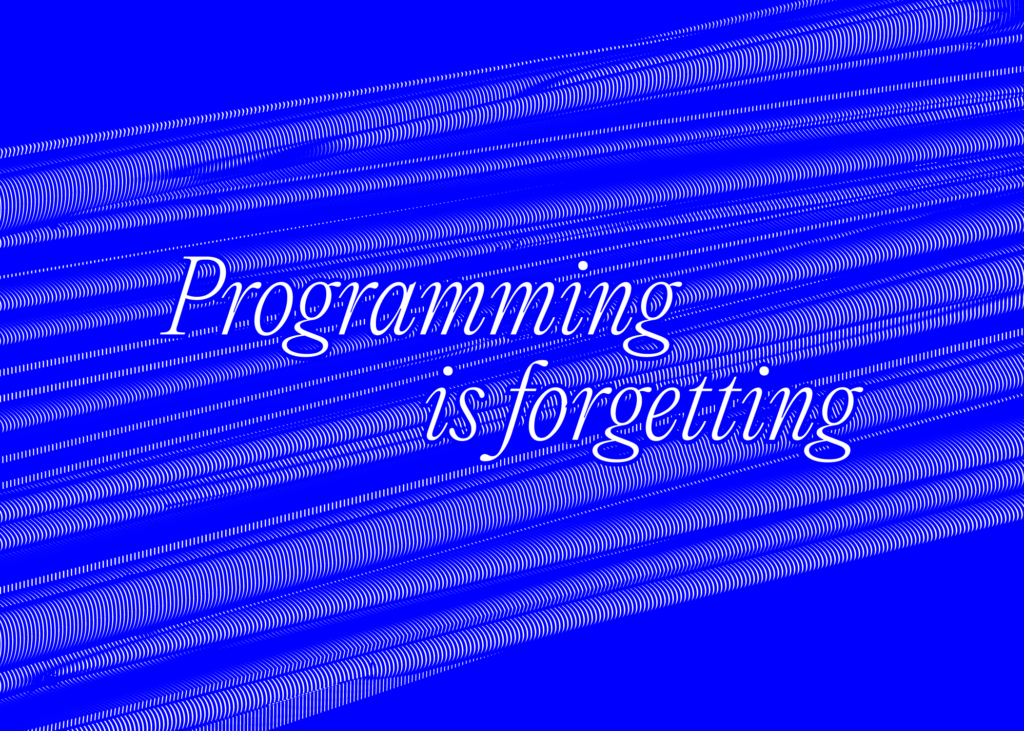 Programming is Forgetting: Toward a New Hacker Ethic

This was such an interesting talk/article. Programming is truly making something discrete out of the infinite unknowable universe. Authors of programs, usually unintentionally, insert their own ideas about the universe into their code. Because of this, all software is necessarily biased.

As the internet and software continues to overwhelm our lives, doesn’t the software start to become a part of the universe that it is modeling? Recently, I was listening to an interview with Frederick Brennan. He is the creator of 8chan, a website which was infamously used by neo-nazis to spread the QAnon conspiracy theories during the Trump era. Brennan hasn’t been involved with the site since 2016, has renounced the views of its primary user base, and has been fighting to take the site offline. Anyways, in the interview Brennan argues that we should start thinking of the internet as real life. The anonymous trolls who use image boards like 8chan to spread hate and misinformation, often do so because the internet doesn’t feel like reality. It’s something they can separate from IRL. Cloaked in anonymity they feel free to be extreme and hateful.

The Whole Earth Catalog has come up in classes a number of times here at NC State. I’m going to be honest, even after reading passages from it, I was continuing to have a hard time imagining exactly what it was. I came across this youtube video that really helped me understand what it was and why it was so important.

It seems like a catalog of ideas, facts, and products that would be of interest to people in a specific hippie subculture of the 60s. The inclusion of LL Bean products seems especially bizarre to me though. I mean, I like LL Bean products but doesn’t it feel antithetical to hippie philosophy to identify with a corporate brand like that? It feels like this catalog is for very particular people, who does it leave out?

“Personal power is developing— power of the individual to conduct his own education, find his own inspiration, shape his own environment, and share his adventure with whoever is interested. Tools that aid this process are sought and promoted by the Whole Earth Catalog.” I think the catalog is cool and I love that Steward Brand created it. He was using his personal power to “share his adventure with whoever is interested” but I can’t help but feel that the catalog encouraged or helped create a hippie stereotype. A model for other people looking to adopt the lifestyle to follow. Connecting back to Allison Parrish’s talk: I think the catalog is also inherently biased because of the people creating it.

The Whole Earth Catalog  aligns with a lot of my own tastes but I am still confused about why it was so important and why it keeps showing up in our design classes. I hope someone can help me with this in class.