The Krissi Xenakis project (Project X) was a sprint-style workshop envisioning a product or service 50 years in the future. Each student began by quickly ideating 10 ideas based on a previous ideation game we had played in class. With 10-15 minutes allotted for idea generation, students had little time to second guess their concepts. 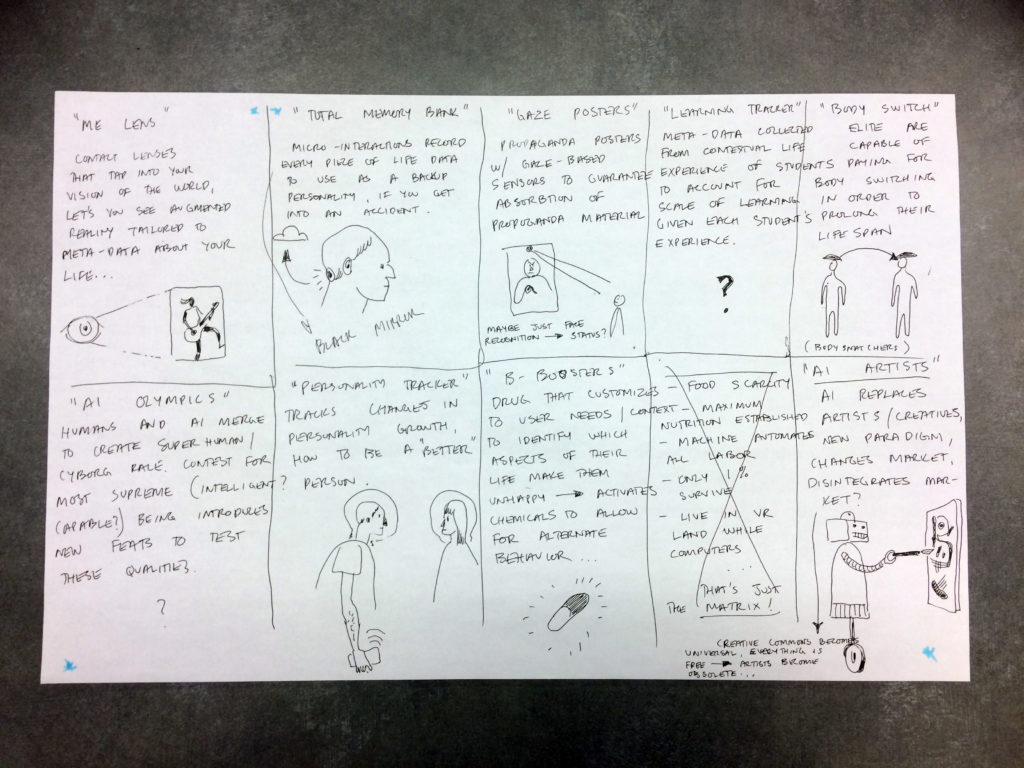 From the initial ideation phase, we paired up to review our concepts and to narrow down to one idea. I chose to combine multiple ideas with the loose concept of an AI-powered memory-restoring service to be used by patients with degenerative mental diseases like dementia or Alzheimer’s. 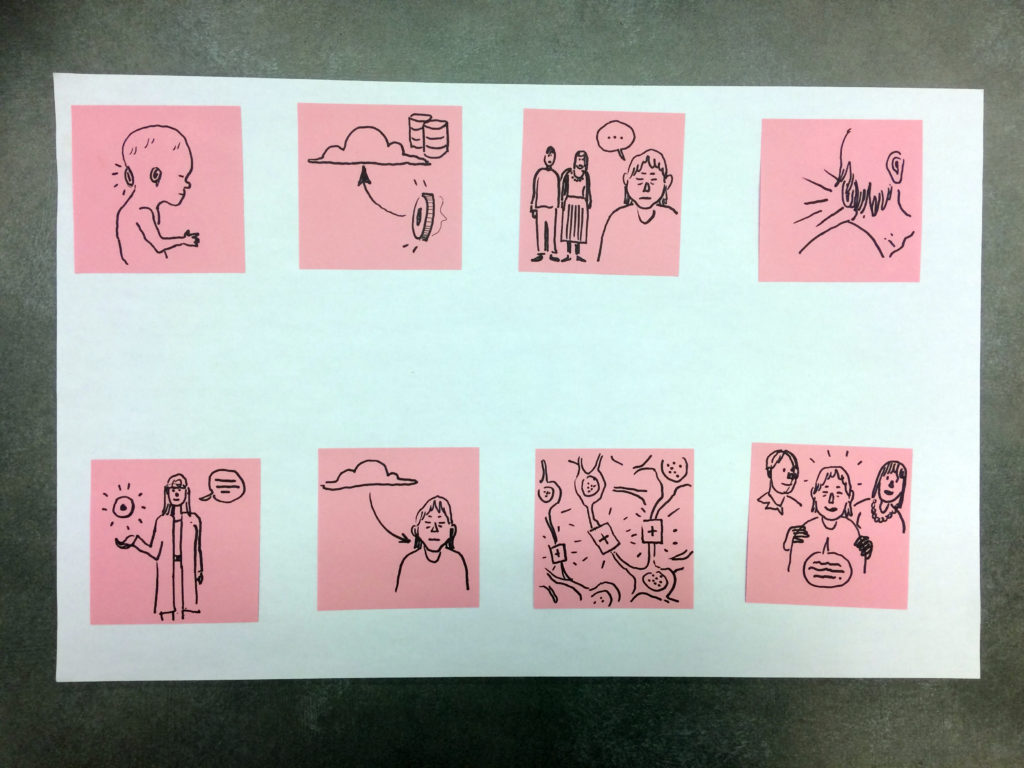 Students then composed a rough storyboard to describe the user process of our product or service. Students met one-on-one with Krissi to better flesh out our ideas. Here is where the idea of a “tiered service” was established; different levels of memory restoration would be available at different price points, thus implying a larger, perhaps more sinister pay-to-play system. 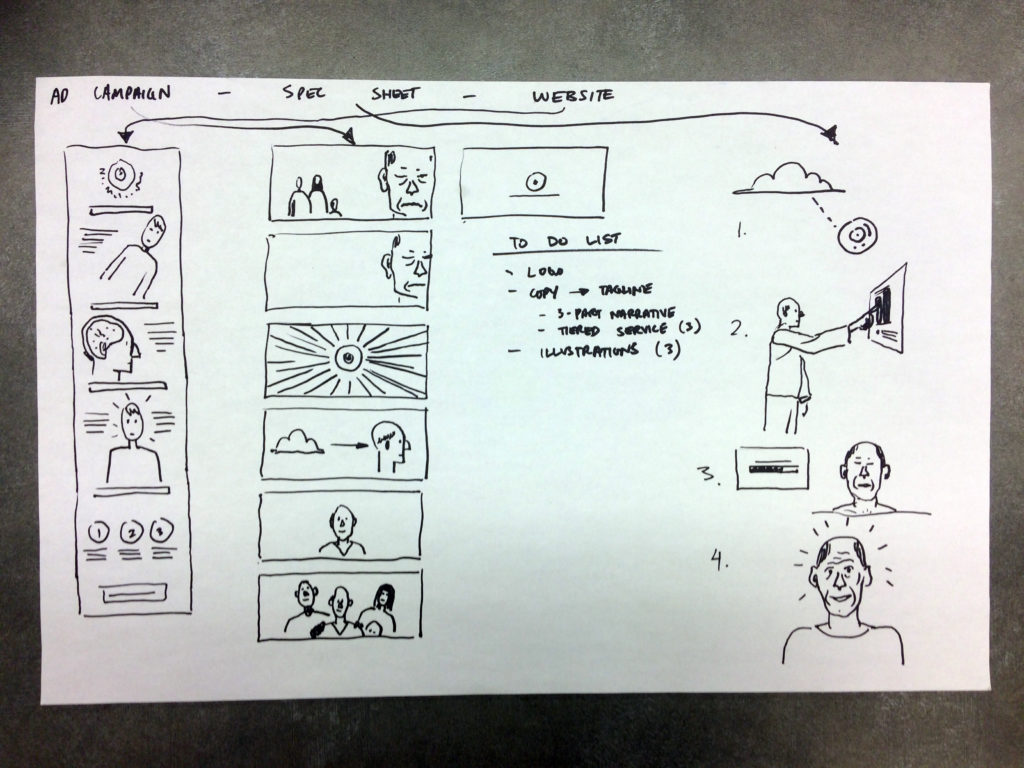 Once we had established a concept, user, scenario and mapped out a potential user flow, we set out to create an artifact that would somehow relate to our product. I chose to create an advertising campaign (of sorts) promoting the functionality/features of the service. The overall feedback from the workshop was that this kind of technology might be used by the general public, not just by alzheimer’s patients. I shifted my concept to a technology that would allow for enhanced mental capabilities, to be used at home, at work, during social interactions, etc. The final images from the weekend reflect the shift in concept.