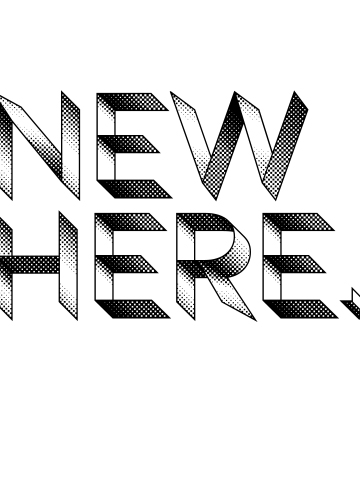 Moving to Raleigh on my own has recently prompted me to think a lot about community. It just happens that we have also been discussing what community means in seminar. It has almost felt like when you learn a new word and somehow everything you read now involves this word by some kind of cosmic educational force. Especially when Bowling Alone: The Collapse and Revival of American Community is brought up on the podcast I listen to during my commute and in class a few hours later. My connections between life and classroom have felt  strong this week.

I spent a lot of undergrad thinking about community too, it could be that this connecting thread through my week is really being pulled from the larger fabric of my previous design interests.  I spent most of my summers in Marion, Indiana working for Marion Design Co., A community-based creative studio I helped found as a volunteer designer. For the past four years I have been wondering what role design plays in a town surrounded by corn fields, where most buildings are abandoned, and the majority of the population is over the age of fifty?  What defines a community, who belongs to it and who feels like they belong? And most of all, how to I design for them and with them?

What I’ve found is that design and community are far from mutually exclusive.  The more I felt like I belonged to a community of designers, the better my work got.  The more that I leaned into the people who lived around me, the more meaningful my work became to me. The more I listened, the more impactful my work was to others.

I am curious and excited as I begin to navigate designing with a new cohort and in a new city. I look forward to the ways you all will make me an exponentially better person and designer.