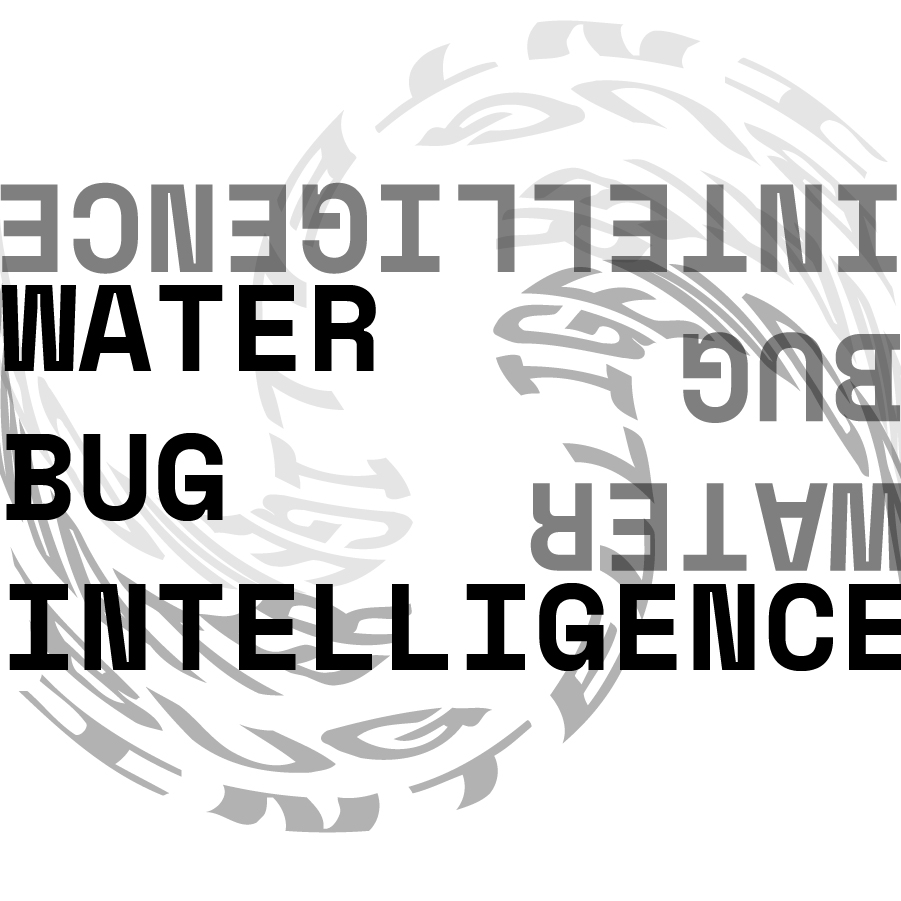 A day in the life of Krithika & Randa having a conversation…

A unique and special talent we both have is the ability to jump from conversation to conversation (sometimes without a direct leap).

Krithika was talking to me about water bugs… if you’ve never heard of them google them they’re huge and apparently smart.

Krithika: the bug is smart, it flies, it knows your plan of attack… why does artificial intelligence exist? It should be water bug intelligence!!!

And so began the never-ending jokes of water bug intelligence and the existence of this proposal. It’s also a response to an email I got from the Design Studies Forum List titled “Imagining the Utopian/Dystopian Future of Artificial Intelligence in Higher Education”.

The future is in the bug. 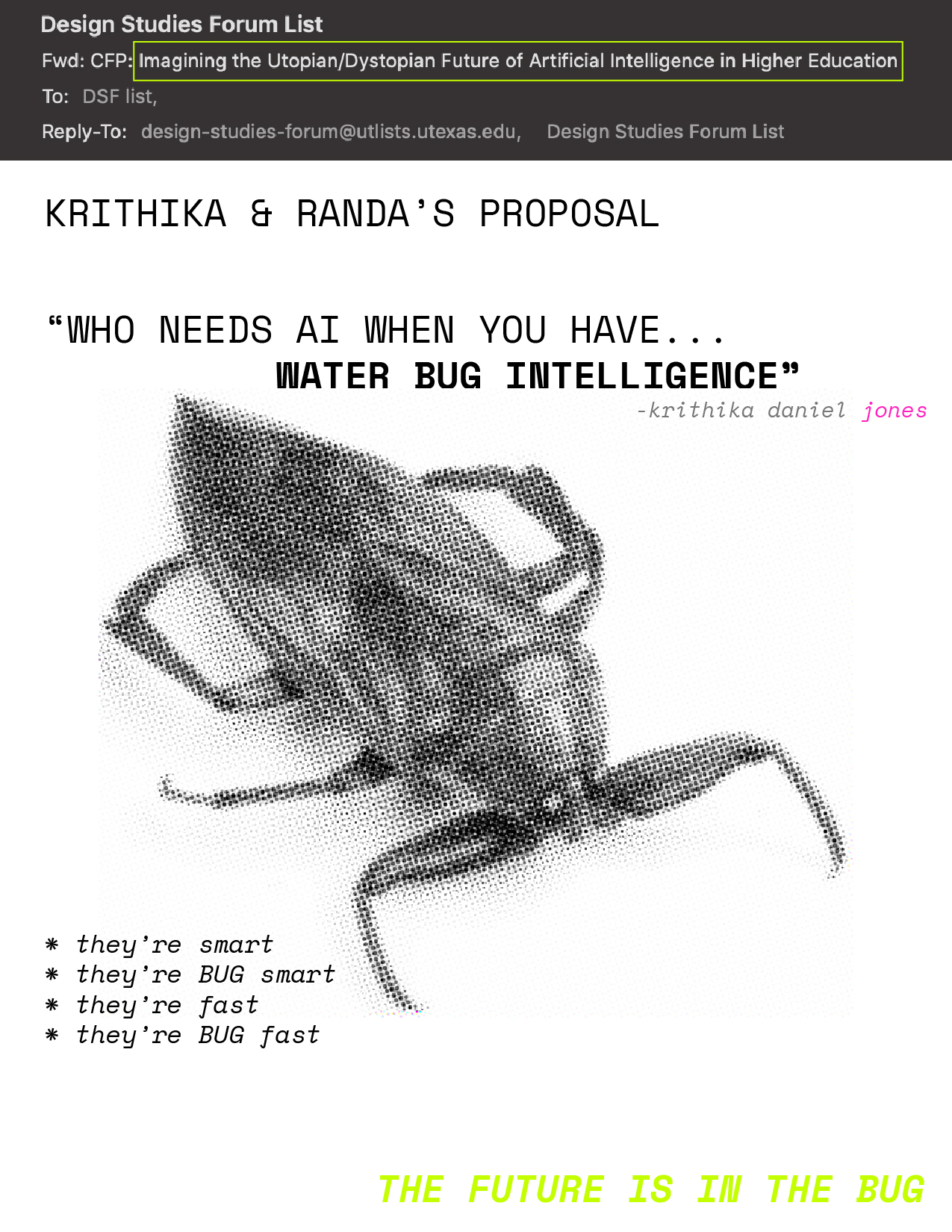