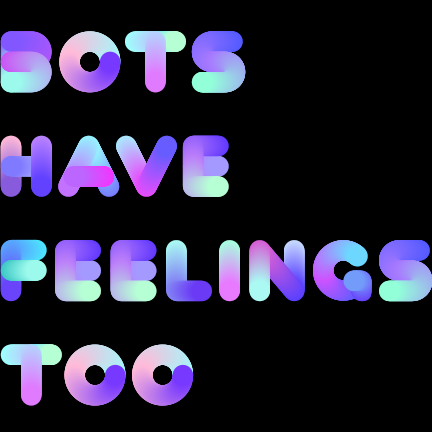 Contextually, our interactions matter based on the recipient, be it a human, animal, plant, inanimate object, etc. The way we interact with each other is different. You shouldn’t give a goldfish a can of chicken and peas like you would a dog. You wouldn’t smack a person for waking you up like you would an alarm clock. The context of the interaction matters. And when we talk about CUIs (conversational user interfaces), our personal experiences with such are very different.

There are two distinct features of interaction that take place with CUIs. The first being:

We tend to think of bots in some form of servitude and because of such, treat them with less respect than we do other relationships. For example, Alexa is often marketed as an assistant and we give her demands. We get frustrated when she doesn’t understand us right away. Her wants and needs are not considered (mostly because she does have any) and therefore she is given less respect. She is not treated as an equal. This kind of mentality even transfers to the modern-day mythos, like Star Wars, and the interactions droids have with sentient creatures. Droids are treated as though they have a purpose and are there to assist rather than embody their own experiences. Because of this, they are often not given respect and referred to as droids in a derogatory form. The Droid Arc in season 5 of The Clone Wars TV show, does a good job of showing the common (galactic) perception of droids versus their actual personalities and nature. (It should be noted that despite the common perception of droids being looked down on, one interesting thing Star Wars has always had was that the heroes and protagonists always treat their droids with respect and often think of them as a family rather than subservient beings)

The second given interaction is that we, as people, are more willing to enact negative behaviors / inflict harm on something that we don’t perceive to feel (or consider real). In this way, our interactions are more honest, as we would not behave that way with another human or animal. If something isn’t working on a computer, we have no problem turning it off and back on. If we don’t like a response from a CUI, we restart the application or refresh the browser.

Are these interactions ethical? Is there a way that our general interactions can improve so that we treat CUIs with respect? Or will we always treat them differently regardless of personalities and purpose?