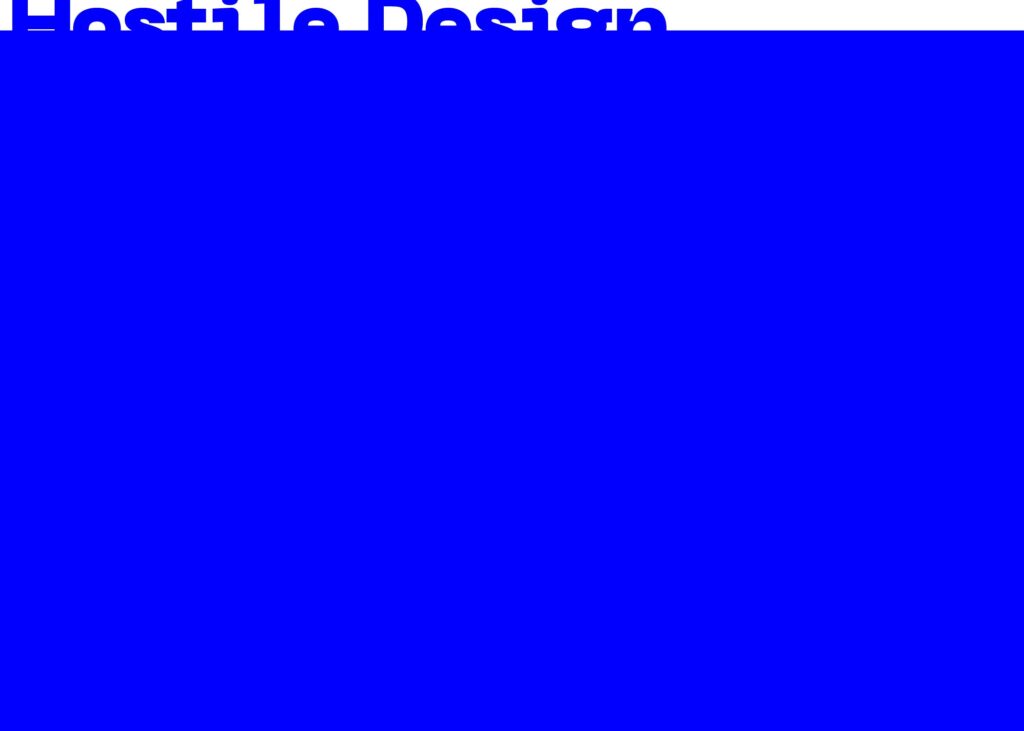 Hostile architecture, also called defensive architecture, is a strategy where elements of a built environment are designed to purposefully guide or restrict behavior “in order to prevent crime and maintain order.” Examples of hostile architecture include: public benches with armrests (to stop homeless people sleeping on them), putting spikes on ledges (to discourage sitting on them), and adding regular divots to curbs (to stop skateboarders from grinding).

Recently I’ve been wondering how these strategies translate into the graphic design space. One interesting example I’ve found is FE-Schrift, a typeface designed for European license plates that is purposefully inconsistent in order to stop easy modifications that trick red light cameras. With websites and apps being just as much of a “built environment” as benches or curbs, I wonder how dark patterns may fit into this equation. Hostile architecture has been criticized as being “designs against humanity” that restrict the “rights and freedoms of a human being.” Do these inherent rights and freedoms as humans carry over to the virtual built environment?

If dark patterns are deliberately guiding / restricting people into certain behavior, in what capacity can they use those patterns strategically against the builders of that environment? For example, recently a large group of TikTok and Twitter users decided to request tickets to a Trump rally in Tulsa with no intention of going. A similar trend has been going around where these users intentionally become the target of Trump campaign advertising so the president’s money is wasted on people who would never vote for him. These are examples of people rallying together and using the algorithms to their advantage. Almost like a form of aikido— using their opponents’ strengths against them.