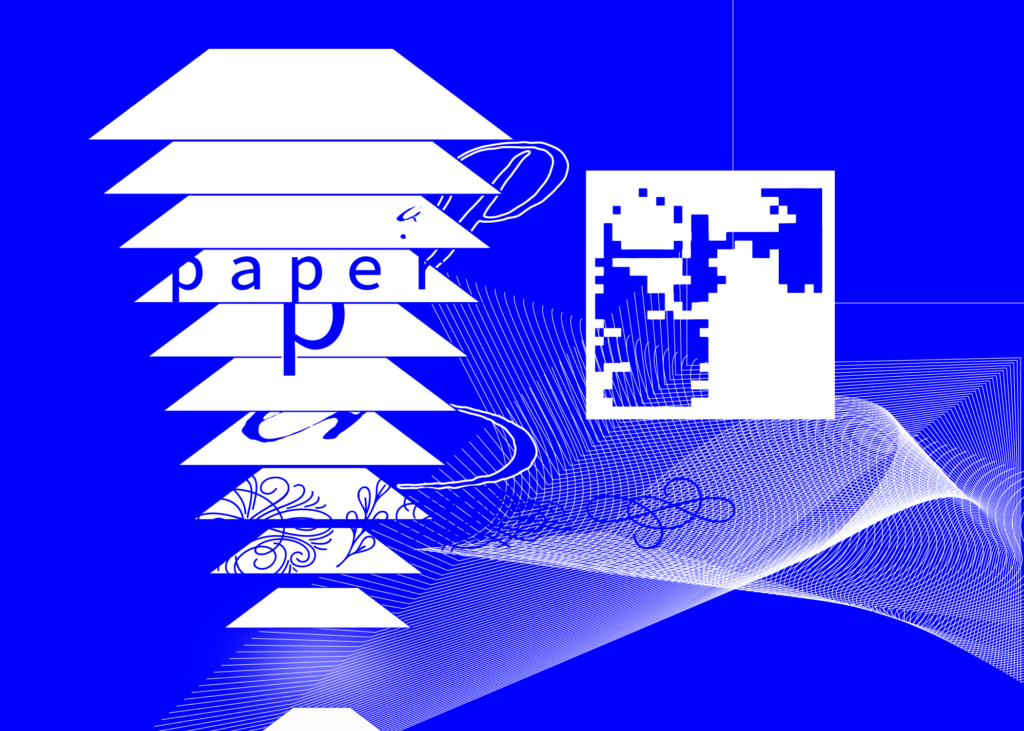 I want to take a step back and just pause for a moment. Our material world is regressing into smaller and smaller and smaller pocket sized configurations. And yes, we can celebrate that. Access to an entire world of possibilities is becoming in reach for more people every day. But when do we consider what’s lost?

Anyhow, paper is condemned to be an antiquated guilty pleasure. It’s tangible. What you hold in your hands used to be a tree that never wanted to be shaven impossibly thin and abused by a person. It’s easy to see how that has a harmful environmental impact. Although, I worry that in our rush to make things ‘green’ and ‘paperless’ we’ve pushed our things in that direction to an extreme that it also destroys our world.

I’m admittedly not totally informed on sustainable practices. But it is hard to miss headlines with shocking announcements of swaths of land being traded for cryptocurrency. Rainforests reduced to rubble, fodder for the propagation of non-fungible tokens. How? It’s harder to connect those pieces to digital interfaces. I don’t know how my phone connects to a satellite that connects me to the internet, what even is the internet- it’s gobbledy gook.

The digital world is glorious though. Don’t mistake my critique as a denial of that truth. Being handed a phone opens up impossible worlds that a piece of paper can’t. But who will articulate the beauty in something that already is, that can’t be changed, undone, done-over – That doesn’t truly offer you drafts. Command + Z is incredible. Almost nothing you ‘touch’ in a digital interface can not be undone and corrected. The physical world is not so generous. You can’t so readily remove your presence from a page. Even erasing requires some feverish back and forth motion, almost like an emotional impulse to fix what you saw as a mistake. And only when a mark was left by a substance that’s attractive to rubber. And then there will always be some impression left behind on the canvas. Most people won’t notice, you might even forget about it after a while, but its surface knows what you did. It remembers. I love that about paper.

It’s a shame, I think, to demonize this thing that can be so romantic to others. Have we even really tried to preserve paper as a responsible means of creating? I mean really tried. We saw a way out, an escape, and a miracle (though with its own faults). The flocking to that intangible, immaterial realm came at paper’s downfall. I miss you, paper – send a postcard.