It’s hard to believe that I had my very first experience with Virtual Reality (VR) at the beginning of this semester. Although I still have much to learn, I’ve discovered some of the benefits and challenges in designing for VR. When I tried Oculus Rift, I realized that VR has the potential to fully immerse users in alternate worlds like never before. My class tackled questions like what constitutes a meaningful experience in an unbounded space and how can we diversify the meaningfulness of VR. The overarching question I investigated was, “How does VR impact being human and the ‘human experience?’” In particular, I was interested in the domain of identity and presence—for example, how can VR create new forms of identity and redefine embodiment of spatial memory?

My initial steps involved looking at different VR explorations of identity. In my case studies, I noted that some experiences are more focused on developing a sense of embodied presence, where you can exercise your agency and express your identity. I also came across VR experiences that focus on encouraging you to empathize with another person’s story. I started playing with both of these ideas of the user as spectator and participant in my projects. As my research progressed, I began thinking about how the role of metaphysics, the gaze, and play can be problematized and further investigated in VR.

My first project (BlackSphere)is about metaphysical changes as they relate to identity. By only using primitives in A-Frame, I examined objects in regards to their dynamic power to conquer and occupy space. Here, not only is the viewer’s gaze immersed in a monochromatic universe, but they begin to experience how space and time is distorted by a black sphere. The repetition of the primitives continually unfurls new fantastical spatial realms and plays with the notion of being alien to your surroundings. Through this project, I reflected on how VR could become more than a medium, a form of escapism, or an extension of oneself, and, instead, how it could function as an alternative level of human consciousness.

In my second project, “Mother,” I explored the possible meanings of identity in VR through metaphor and abstraction. Here, I examined the metaphor of the mother figure as a cover or shelter. The image of the umbrella is representative of a mother’s motivation to protect. The umbrella and the sphere (the user within the space) have a parent-child relationship. What this means is that the umbrella will protect (hover over) the sphere wherever it moves and this parent-child relationship maps an abstract domain of protection. Additionally, in this exploration I was thinking about Erik Erikson’s remarks on maternal relationships forming the basis of a child’s sense of identity:

But it must be said that the amount of trust derived from earliest infantile experience does not seem to depend on absolute quantities of food or demonstra­tions of love but rather on the quality of the maternal relationship. Mothers create a sense of trust in their children by that kind of administration which in its quality combines sensitive care of the baby’s individual needs and a firm sense of personal trustworthi­ness within the trusted framework of their communities lifestyle. (This forms the basis in the child for a sense of identity which will later combine a sense of being “all right,” of being one self, and of becoming what other people trust done will become.) (Erikson, pg 63) 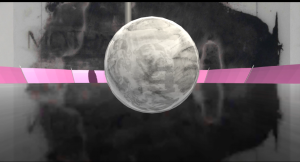 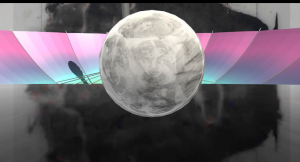 As a result, my research expanded into considering how the roles of the gaze and play function in VR. In, “Mother,” the image of the child on the sphere is gazing back at the user. The gaze here becomes more than seeing the sphere or the representation of the little girl; it’s about cultivating a relationship with this entity. The exchange of the gaze between spectator and subject can reflect power structure or the nature of the relationship between the two entities.

In my last project I wanted to create a space where female figures are placed on pedestals to denote the oversaturated representation of women as objects of display. When the viewer gazes at the figure she combusts and when the viewer looks away the pedestal crumbles. The “gaze” in this context becomes a charged signifier of sexuality, violence, apathy and power. “From where we direct our gaze to what challenging decisions we make, VR asks us to participate” (Thapan). What excites me about VR is that it’s never a passive experience—this in itself becomes a form of play. Turkle notes, “Play has always been an important aspect of our individual efforts to build identity. Erikson called play a “toy situation” that allows us to “reveal and commit” ourselves “in its unreality.”

Turkle, Sherry. Life on the Screen: Identity in the Age of the Internet. New York, NY: Touchstone, 1997. Print.