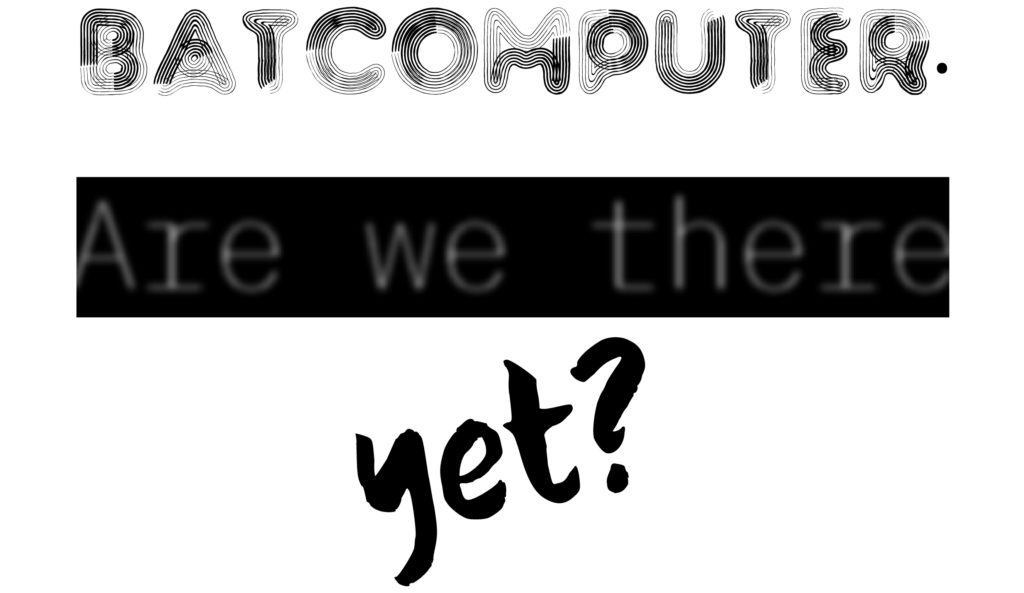 Since I was 5 I’ve been starstruck with the world of Batman. I wanted to be like Batman. Apart from Batman, I did love computers and to witness Batman accomplish AMAZING feats with the help of his Batcomputer had me enamored. I still am. Years later I was introduced to J.A.R.V.I.S (Just A Rather Very Intelligent System) in Iron Man, imagining that to be a reality was something I couldn’t fathom. Jumping way way way forward to the present, as a design student doing provocative studies (and witnessing the studies by my cohort), it’s generated a plethora of questions. For one study I wanted to focus on the fact that the CUI is non-living, yet people hold a certain attachment to it. When J.A.R.V.I.S dies Tony Stark feels loss and pain but I wonder if the Batcomputer died would Batman shed a tear?

JARVIS has a name, its got a personality, it’s like your PA, its got form but does the same thing as a Batcomputer without actually having a name, the batcomputer was just a computer. It was intelligent, did what Batman needed it to do, solved and aided in many missions but it never seemed more than an intelligent computer. When I was designing my AI for my study, I didn’t know how to call it, if I assign a name it might end up having a personal connection, even if I eliminate form does it still create a personal connection? Was batcomputer the ideal way to go about it? Or should we further get tied into the technological world we created. Even if the batcomputer is the ideal way, how do we make it a reality?  I respect the batcomputer and see it as a machine whereas I see JARVIS more fun and human-like. Does it depend on the user or was the AI a reflection of their creators?