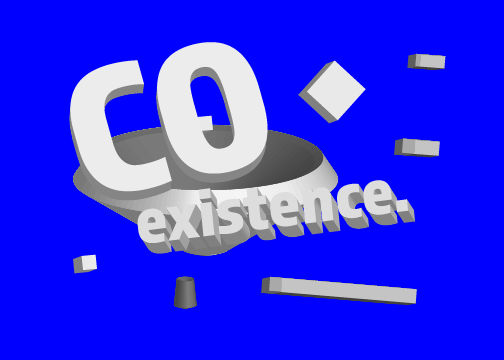 “A designer’s role will evolve to that of directing, selecting, and fine-tuning, rather than making. The craft will be in having vision and skill in selecting initial machine-made concepts and pushing them further, rather than making from scratch. Designers will become conductors, rather than musicians.”  – Claire Waring

I’m going to just be nitpicky here about this particular analogy because I think it raises some problematic suggestions; it does, however, posit an interesting reality! First of all, I think that the role of the musician has persisted all of these years because of an inherent human quality: wanting to create “things”, i.e. creating music.

Note:  I don’t pretend to know all the intricacies of becoming a conductor (and the following description is likely simplifying the incredibly complex and difficult process to become a composer, as this analysis stems from observation as a musician).

Then to be a conductor, is to have an intimate connection along with the music. Often, this means a process of understanding music (learning music theory; or at least practicing enough composition). Conductors typically micromanage the entire orchestra and guide the process to ensure that things don’t erupt into chaos. And if that doesn’t already sound difficult enough, just try to keep a consistent rhythm throughout an entire piece (that can range from like three minutes to thirty minutes to like five hours). In this case, the conductor, as Claire argues is the designer, and the musicians become the machines.  But what this analogy neglects or doesn’t address is the fact that to becoming the composer requires some kind of knowledge of music construction involving how musicians work, what the audience wishes to hear, and how to create pieces that really bring out the best of the musicians; when do you, for example, deem the best time to isolate individual instruments or allow them to exist in harmony? What is the rhythm and flow of the music? What do these rhythms call for? What is the message? And while these questions do relate to design knowledge, the key thing here is that it requires an understanding of how music functions and how the musicians function, as well.

We can’t say the same for machine learning algorithms, because they’re not so easily transparent. We can’t pick apart a code that an AI has done and we can’t understand why they make some of the choices they do. We just say “Do this,” and then let the machine have its way as it undergoes a process of trial and error.

If we were to extend this analogy a little further, maybe it’s akin to simply asking the musician to improv an entire work and let the conductor just try to guide improv. But that also doesn’t seem to work, because improv is really the musician’s role, there’s no need for a conductor to facilitate, only the inner workings and connections between multiple musicians. So, with that, then, the machine really does make the designer obsolete. Huh.

But back to my previous point of the machines, we don’t necessarily understand the AI; so how can we make assertions of just simply auditing? How might we then design systems that mesh this human element of creation to the automated AI processes? What kind of world would that look like?

“The Danger of AI is Weirder Than You Think” | Janelle Shane

Furthermore, Janelle’s TED talk is one of my favorites that I’ve seen so far. I just love that kind of witty humor and hilarity, where teaching an AI feels incredibly funky and awkward since it just does exactly what it tells you to. For one,  it’s inspired me to buy the book and read more about her shenanigans. I think there’s something very real about her experiences with AI and the weird experiments that she’s conducted; which is how, for example, the book’s title was born —  because she decided to train an AI to give pickup lines to a human and “You look like a thing and I love you” was born. Her examples are infectious, leading me to wonder what the role of humor is in dispelling uncertainty with regards to new forms of technology adoption? Also, what might a world look like where AIs dating humans becomes the norm; would that disrupt how we think about machines? Would we refer to humans as more machine-like or vice-versa?

“The Danger of AI is Weirder Than You Think,” by Janelle Shane